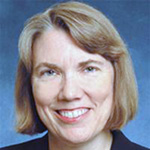 Ruth Berkelman is a professor emeritus at Emory University. As the Rollins Professor of Epidemiology and Preparedness, she founded and directed the Center for Public Health Preparedness and Research.

After pediatric and internal medicine residencies, Ruth began her career in public health as an Epidemic Intelligence Service (EIS) Officer at the Centers for Disease Control and Prevention (CDC). She became Director of CDC's Division of Epidemiology and Surveillance Studies, led efforts in AIDS surveillance for the country,  and then served as Deputy Director of the National Center for Infectious Diseases, retiring as an Assistant Surgeon General in 2000. Ruth led CDC's effort in emerging infectious diseases in the 1990s, privately and publicly, urging vigilance towards the ever-changing, ever-adapting microbial world.

Ruth is currently active with active with coronavirus research and prevention activities at the local and national level, and a member of external advisory boards at several universities. She is also serving as a member of the Water Science and Technology Board of the National Academies.